We are thrilled that our CD Sacred Choral Music featuring the music of Clive Osgood has been  Scala Radio‘s Album of the Weekend.

There are various ways to listen to Scala Radio and once you have signed in you can catch up on the programmes which featured tracks from the CD!

Purchase the music in physical or digital formats through its producers Convivium or on Amazon. ‘Trains and boats and planes’….and singing.

So what do members of Excelsis do when they are not singing with Excelsis?

Well the answer is, not surprisingly, that during the summer break, they travel.

Travels this summer included visits to Spain, a thrilling trip to the US to see the eclipse, and a massive tour of over 2000 miles around Europe taking in concerts, church services and European musical cultural and culinary highlights on the way. Others have been sailing, and one of our more flamboyant members flew himself to Le Touquet in his new toy!

And of course, as often as not, Excelsis members like to find somewhere to do some more singing.

So this summer amongst other things choir members have performed at a Festival in Cornwall (Mumford and Sons mashups), and at Hereford and Chester Cathedrals (glorious English Church Music); attended a Sing for Pleasure Summer School (Latin American Baroque music) and our beloved Music Director, Rob Lewis, led his Choirs from St Thomas on the Bourne on a tour to Antwerp, Brussels and Bruges.

Now, honed and relaxed, we are all looking forward to the new season and our concert on 18th November 2017. John Rutter’s thrilling Gloria, accompanied by a brass ensemble, will be the centerpiece of this celebration of our 10th Birthday. The concert will also include music by Vaughan Williams and our wonderful local composer Clive Osgood. The concert is at St Alban’s Church Hindhead, at 7.30. We would love to see you there! 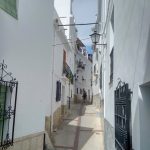 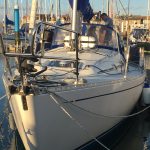 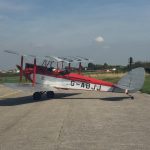 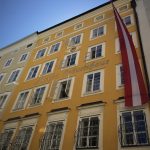 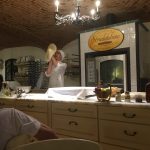 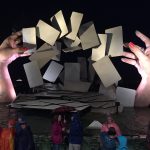 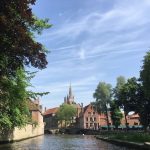 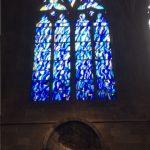 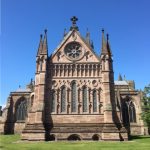 Further news of the progress of our fund-raising campaign is coming soon.

We hope you can join us on 18th November 2017 at St Alban’s Church HIndhead. Featuring works by celebrated local composer Clive Osgood – whose work the Choir is proposing to record in 2018- and John Rutter’s thrilling setting of the Gloria accompanied by a brass octet. Full details of opportunities available to sponsor our recording project can be found here. We had a lovely appreciative audience for our post tour concert at St Christopher’s Church, Haslemere on Saturday 10th June and thoroughly enjoyed singing again the varied repertoire which we had sung in Ypres Cathedral, Bruges Cathedral and at the Menin Gate. Our audience enjoyed some Renaissance masterpieces, romantic 19th century gems, and some Rutter as well as the wonderful Paul Mealor setting of Locus Iste and Ola Gjeilo’s Ubi Caritas, which we had last sung under the arches of the Menin Gate. They audience was particularly delighted with the Clive Osgood’s wonderful pieces ‘Hymn to the Word’ and ‘The Peace of God’. Massive thanks to all our generous donors who contributed to the retiring collection which will go towards our project to record Clive’s choral music.

We are now busily preparing for our Autumn Concert in which we shall be singing a selection of Clive’s work along with John Rutter’s exciting setting of Gloria which is accompanied by a brass octet.

Excelsis Choir, Grayshott Concerts Choir-in-Residence, visited Belgium over the May Bank Holiday weekend. The tour was planned as part of the Choir’s tenth anniversary celebrations. The Choir was delighted to be accompanied by Grayshott Concerts founders Vivien and Peter Harrison, as well as our Musical Director Robert Lewis’ parents and Concert manager Steve Georgii.

It was of course the Harrisons’ inspired vision to form a choir for the Grayshott Concert series. Their equally inspired invitation to Robert Lewis, then Music Director St Edmund’s School, Hindhead, to bring their vision to life in 2007 resulted in the choir’s now outstanding reputation.

Ten years on, with the recording of Sir Karl Jenkins’ The Healer and many excellent performances to their credit, the Choir secured three engagements in Belgium during their tour. They were to sing Sunday Mass in Ypres Cathedral, with its highly challenging nine second echo, and an informal concert at Bruges Cathedral. Their final engagement was to sing at the Last Post Ceremony at the Menin Gate. Rob Lewis had prepared the choir with some beautiful repertoire ranging from pieces by Gabrielli and Monteverdi to those by contemporary composers John Rutter, Paul Mealor and local composer Clive Osgood.

The presence of the Great War is felt in the very fabric of Ypres. Its surrounding fields are scattered with cemeteries large and small (the smallest spotted was four gravestones). Ypres was a vital strategic landmark along the Front Line, which had to be held by The Allies to block the German Army’s progress towards French coastal ports. It is hard to believe that this pleasant, quiet, albeit somewhat solemn, town witnessed some of the most desperate fighting of the first Autumn of World War 1. Whilst The Allies prevailed and held Ypres, it was at great cost. Many thousands of lives were lost and Ypres’ ancient buildings were razed to rubble. The town, including the cathedral, was subsequently recreated in the 1920s and 1930s to resemble its former self. The Menin Gate memorial was erected in 1927 and famously bears inscriptions of the names of 54,389 officers and men from United Kingdom and Commonwealth Forces who fell in the Ypres Salient before 16th August 1917 with no known grave. The emotional highlight of Excelsis’ tour was the engagement to sing at The Last Post Ceremony, held every night at 8.00pm under the vaulting arches of the Menin Gate. As the final note of the Last Post faded wreaths were laid to the memory of those who fell, whilst the Choir sang the beautiful and moving settings of Ubi Caritas by Gjeilo, and Locus Iste by Mealor. Away from the solemnity of the Menin Gate, the tour party had plenty of time for sightseeing and sampling the local beers and chocolate. The highlight of our visit to Bruges was a boat trip through its beautiful canals and its stunning ancient buildings. Surprise entertainment on board was provided by a Barbershop Quartet! Choir members Richard Arthur, Steve Harman, Tim Dutton and Jess Harman had been secretly practising and treated us to superb renditions of some well known Songs of Yale. Excelsis will be performing the repertoire which they sang in Belgium in their Post –Tour Concert on Saturday 10th June at 6.00pm. The concert is free and drinks will be available. There will be a retiring collection towards realising our ambition to make a recording of choral music by renowned local composer Clive Osgood. Osgood’s newly composed opera A Midsummer Night’s Dream was given its first performance at St Christopher’s Church, Haslemere in May 2017. Brochures with information about this exciting project are available in the Church, or visit our website for full details of sponsorship opportunities www.excelsis-choir.co.uk

Excelsis will be touring in Belgium over the Whitsun Bank Holiday Weekend. We will be singing at the Sunday morning Mass at Ypres Cathedral where we will be staying. We will also perform a concert at St Salvator Cathedral in Bruges.  The high point of the tour will be providing the music as visiting choir for a service at the Menin Gate.

We shall be singing a selection of music from the Renaissance to the present day all of which you will be able to hear at our Post Tour concert at St Christopher’s Church Haslemere on 10 June 2017.